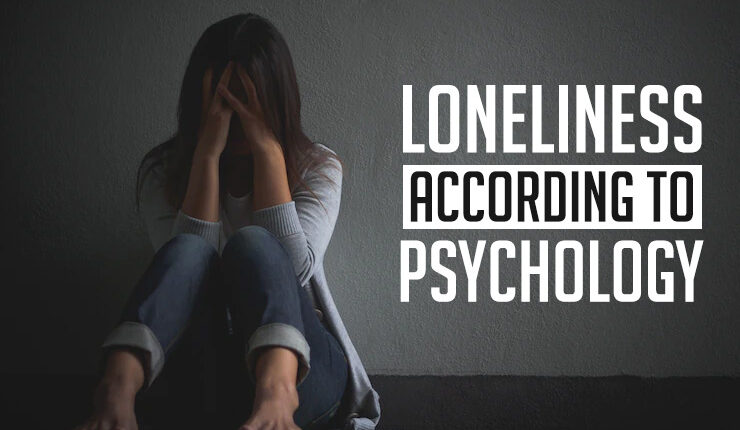 What does Psychology say About Loneliness?

Loneliness is a fundamental human feeling that is nuanced and distinctive to each person. Because there is no single cause, the treatment and prevention of this potentially harmful state of consciousness can vary greatly. For instance, a lonely youngster who is having difficulty making friends at school has more diverse requirements than a lonely elderly man whose wife has recently passed away.

But just like a plagiarism checker checks if a write-up is plagiarised or not, it is possible to check whether a person is lonely or depressed. But before that, you need to understand what Loneliness is.

This article defines the term “lonely” and the different causes, medical repercussions, indicators, and possible therapies for it.

These strong emotions have the ability to impact our behaviour. They can produce a downhill slide in which pushes somebody to retreat from loved ones and become much more lonely.

Loneliness can influence how we expect and perceive social interactions. For example, this can indicate that we are more cautious or scared of social interactions or detect social rejection indications too quickly. Another way it can develop is if we consider the source of our Loneliness as unchangeable: that it is simply a part of the person we are or of getting older.

It is not a psychiatric disorder in and of itself. Anxiety. Loneliness, on the other hand, can lead to mental health issues. There is a comparable connection between Loneliness and dementia, where melancholy can promote cognitive impairment, and dementia can cause individuals to become lonely.

Although there is no clear understanding of how all of these components interact, plenty is understood to build psychological treatments that support social and organisational measures.

Many specialists believe that Loneliness does not always imply being alone. However, if you are feeling alone and alienated, this is how Loneliness affects your mental state.

A college student, for instance, may feel isolated despite being flanked by housemates and other classmates. Likewise, despite being continually accompanied by other unit mates, a soldier just starting out in the military may experience it after being transferred to a distant nation.

While studies clearly reveal that isolation and Loneliness are detrimental to physical and mental health, being alone isn’t synonymous with Loneliness. Indeed, solitude provides several essential psychological benefits, such as the capacity to concentrate and rejuvenate.

Contextual factors such as isolation, relocation, and separation are examples of sadness and depression factors. In addition, the death of a major person in a human’s life can also cause a sense of Loneliness.

It might also be a sign of a psychological illness such as depression. People suffering from depression frequently retreat emotionally, which can result in Loneliness. It may also be a contributing factor to depression symptoms, according to research.

Internal problems such as poor self can also contribute to Loneliness. Individuals who lack conviction in themselves frequently assume that they are undeserving of other attention of the public or regard, which can result in Loneliness and persistent depression.

Health Risks Associated With it

Loneliness has numerous harmful consequences on both psychological and physical health, such as:

These aren’t the only instances where Loneliness has an impact. Their diet is more fattening, their sleeping is less adequate, and they complain of more daytime weariness. Loneliness also interferes with the modulation of biological processes within the body, making lonely persons prone to ageing.

What Does Research Say About Loneliness?

Individuals who are less lonesome are much more inclined to get married, earn more money, and have a better educational level.

According to studies, Loneliness is growing more widespread, especially among younger populations. Based on one 2019 study, 25% of persons aged 18 to 27 said they had no good friends, while 22% said they had no friends.

According to experts, the quality of social connection combats Loneliness, not the amount.

Possessing a few good friends is sufficient to keep it at bay and lessen the harmful health implications that come with it. According to studies, the feeling of genuine face-to-face interaction with friends improves one’s feeling of well-being.

According to one study, Loneliness may be contagious. Non-lonely individuals who communicate with lonely ones are much more prone to acquire a sense of Loneliness, according to studies.

Several psychiatric methods can assist persons who are lonely. Cognitive behaviour therapy, meditation, and psychodynamic psychotherapy are the three that have the most appropriate research findings. In practice, we discovered that these are rarely employed as singular techniques in solitude but rather in a combination that better serves the scenario.Still, they are of much broader use among a variety of professionals and services attempting to treat Loneliness.

Our research has shown that these approaches are the most effective to date. Others may be successful, but we understand very little about these, which is why more study in this area would indeed be beneficial. However, the scarcity of research in this field also highlights the importance of looking to other sources of information and learning from innovative practice and actual experiences.

Tips to Prevent and Overcome

Loneliness is manageable. Making a deliberate attempt to change is required. In the long term, changing your behaviour can make you happier and empower you to influence those around you positively.

Here are some strategies for avoiding Loneliness:

Lifestyle changes, psychiatric conditions, low self-esteem, and personality factors can all contribute to a state of mind. Loneliness can also result in major health repercussions, such as lower psychological health and physiological difficulties.

Loneliness may have a negative impact on your health. Thus, it is critical to notice indicators that you are lonely. However, it’s also crucial to realise that being alone does not imply being lonesome.

How Can We Solve Public Education Problems In America?