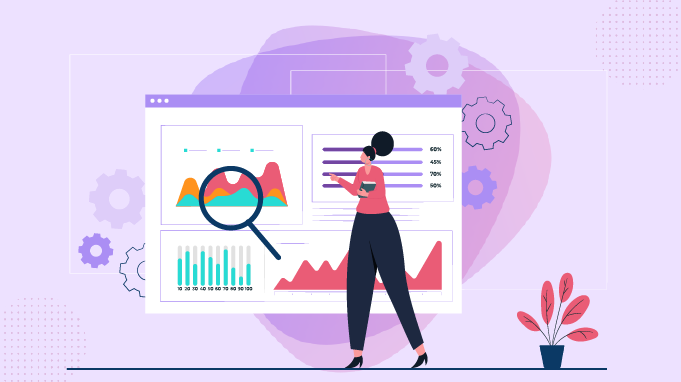 What is a Sprint Retrospective? Challenges in running Sprint

By definition, a retrospective gives us the opportunity to reflect on the past. The sprint retrospective is “a chance for the Scrum Team to assess itself and formulate a plan for improvements to be performed during the next Sprint,” according to the Scrum Guide. It makes logical, especially given that agile development places a strong emphasis on continual improvement. We need to know which sword to sharpen if we want to improve.

People should feel free to give honest feedback during the retrospective on what worked well and what may be improved. Actionable items should be documented as well as a discussion of what should change moving forward. Any team working on a common project can do retrospectives, but the sprint retrospective is specially tailored for an agile production team. It is one of the rituals used by Scrum and Kanban teams during iterative product development.

The retrospective is fantastic since it occurs immediately after a sprint ends, which means new ideas are frequently on everyone’s mind and may be extracted by the entire team. The most important thing to keep in mind is that it all comes down to continual improvement. We’ll get into how this varies from a sprint review later. The sprint retrospective’s goal is to spur beneficial change inside the project, the team, the account, and possibly the organization.

Why should we run a Sprint Retrospective?

The sprint retrospective probably already forms a part of our routine if we use any kind of agile methodology. Ironically, some production teams could struggle with the routine. Teams frequently get into a routine, and important rituals like the sprint retrospective might become so routine that teams aren’t taking full benefit of them. Don’t worry, we’ll get into some unconventional approaches later.

Here are a handful of the numerous advantages of retrospectives in case you’re debating whether we should conduct a sprint retrospective:

Production teams employ scrum ceremonies known as the sprint review and sprint retrospective all across the world. They are independent exercises that should always be viewed as such, despite the fact that they are comparable in that they both occur at the conclusion of the sprint.

The team has the chance to present the work that has just been finished in the most recent sprint during the sprint review. This can take the form of a more informal presentation of the work to internal team members. It may also take the shape of a more formal gathering in which participants from beyond the core team are invited to a showcase. For the work to be reviewed, it must always be completely demonstrable and meet the quality standards established by the team. It is claimed that during this meeting, the team can acknowledge its successes and receive rapid feedback from those present.

The sprint retrospective usually happens after the sprint review. The team reviews the job they have just finished, identifies areas for improvement going forward, and gives praise for what went well. It ought to be proactive, blameless, and tailored to the requirements of the team. The Scrum Master usually facilitates it.

Simply said, the sprint retrospective is about identifying areas for improvement to make the next sprint better. Whereas the sprint review is about showing the demo of the work that was just finished.

The fact that all of these ceremonies need to be properly time-boxed is a pretty significant sidebar. Although there are many tools that break timeboxing down even further, all ceremonies ought to have stringent time limits. By doing this, the most crucial issues are covered in every ceremony. Additionally, timeboxing improves the effectiveness of the development process by decreasing the amount of time wasted in agile sessions.

Keep in mind that the length of the sprint does affect timeboxing. Consider a two-week sprint as an illustration. No more than two hours should pass during the sprint review. The sprint retrospective should conclude after only 90 minutes. Although it could be tempting, doing so would probably have a declining return. Keep them focused and timed!

Challenges while conducting a Sprint Retrospective and how to handle them

Even if the team has never conducted a sprint retrospective, there is a good probability that the production team members we work with have. As with any ritual, we or our team may bring varying degrees of emotional baggage to the table based on prior experiences. The following are some potential speedbumps we might encounter during a retrospective and how to deal with them:

If the same questions are posed repeatedly, team members may lose interest in the responses and cease making useful suggestions to enhance the procedure.

By changing things up, you can combat lackadaisical participation! The results of a successful retrospective can be attained by using various exercises and questions. We should refine how we do retrospectives because there is no “one ring to rule them all” when it comes to them.

We are people at the end of the day. Moreover, people have feelings. We are not flawless beings either. Retrospectives should provide constructive criticism on how future sprints might run more smoothly, but they shouldn’t ever encourage anger, irrational negativity, or finger-pointing.

It’s critical for Scrum Masters to facilitate the retrospective meeting without bias or judgment. In this meeting, attendees should feel comfortable offering their feedback. When we begin the sprint retrospective, we should establish expectations, mediate if needed, and encourage constructive dialogue.

We might experience a sprint retrospective in which inquiries are treated with vacant looks. We should come up with a more enticing opening to the meeting and approach it like the tremendous opportunity to promote incremental change that it is, rather than struggling to get the conversation started.

In addition, we may urge our teams to record their ideas and suggestions as a sprint progresses. They won’t feel as though they have to conjure up anything during the retrospective because of this because they will have nothing to consider.

Action items from the retrospective that affect people not on the production team can appear at times. Whoever is in charge of that task should collaborate with leadership to create a discussion around the recommendation and outline how to implement the desired change. However, it’s probable that the suggestion won’t be accepted by the leadership.

Keep on if that is the case. Find advocates for the production team and the advancements that flow from them inside the organization. A corporation that prioritizes positive change will eventually be ready and eager to make process enhancements that are advantageous to the entire workforce. Any recommendations should be phrased in a way that doesn’t single somebody out or put too much pressure on them.

Can You Cook Battered Fish In An Air Fryer?

How to Wash Knee Braces