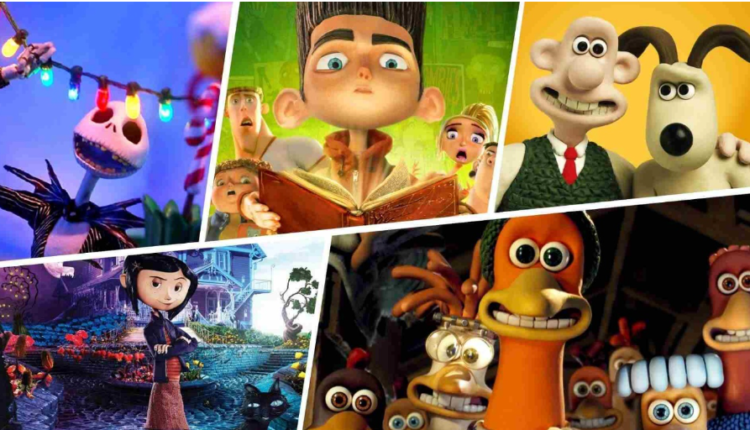 What Is Clay Animation or Stop Motion? Everything You Need to Know

In this article, we present to you a full overview of Clay Animation or Claymation. Its
history, examples of films, how it is done, and if Clay animation is the same thing as
Stop Motion. Definitely, the most time-consuming techniques with slow progress can
also be considered artwork, where lots of work is invested into the production
of the movies with Clay Animation or even Stop Motion. Keep reading and all of your questions.

Are Clay Animation and Stop Motion Animation the
Same Thing?

Most people consider Claymation and Stop Motion the same thing. While they are
both without a doubt the most time-consuming techniques, they’re essentially the
same thing with One Key Difference between the two types of art forms. Stop-motion
animation is referring to a wide category of animation, with the same
production method as Clay animation. Claymation, on the other hand, is just
a narrowed-down type of stop motion. It features only clay figures made from
modeling clay. A great example of a Stop Motion animated film is The LEGO Movie
(2014). Every character from the animated feature film was an actual Lego figure
that had to be moved countless times to capture their movement.

How Are Clay Animations Created?

The first process with Claymation movies is to model clay characters. They are
usually made of plasticine clay or rubber silicone wrapped around a wire skeleton,
also known as an armature. After all the characters and backgrounds are created,
stop-motion animation comes in. The characters are placed on the scene and the
shooting begins. After that, usually, hundreds or thousands of more pictures follow that, until the movement scene is Complete. Now imagine doing that to make a 1.5h film! Most movies are
created with 24 frames per second. Claymation movies can reduce that number to
around 10-12 frames per second by repeating some shots. As the Claymation artist,
you are basically a puppeteer for the character you are animating. When you are
taking single frames, you have to be careful to avoid continuity, which could send your
animation back to step 1. After gathering all of the final photos and shots, It’s time to
put them together into a video.

Keep your setting and characters in a cool and secure space, where nobody could
accidentally bump into your creation and ruin it. Even dust collecting on the set can
be a problem, so try to take good care of the resources you use for filming your clay
animation films.

The first stop-motion animation was used in a film called “The Sculptor’s
nightmare“. It was directed by Wallace McCutcheon in an attempt to make fun of 1908
US presidential election, where he combined clay animation and live-action footage.
The Story:

Everything starts in a political club, where members discuss whose bust will replace
Theodore Roosevelt. Nobody agreed with each other, so they decided to pay a
sculptor, to sculpt a bust of their favorites. Instead, the sculptor blows their money on
dinner with his model and later ends up in jail. In jail, he has a nightmare about the
busts, which are animated from clay (stop motion animation). The sculptor arises to
see the 3 busts of the politicians and when they disappear, he falls back on his cot.
After that, another figure starts to appear. and that is an animated face of Theodore
Roosevelt.

Wallace and Gromit is a clay-animated stop-motion movie, directed by Nick Park
from  Aardman animations. The series has 4 short films and also a full feature-length
movie. Soon after the release of Wallace and Gromit, the world was inspired by it
and adapted the art form of many clay animated films, spin-offs, and TV shows like
Shaun the sheep, Timmy Time, or Chicken run. The show is all about Wallace, a
brilliant inventor and cheese-lover, and his silent, but smart dog by the name of
Gromit.

Just like Wallace and Gromit, Shaun the Sheep was made by Nick Park
and  Aardman animations. The Claymation series first came out on March 5, 2007.
So far, they have put out 5 seasons of plasticine clay animation, with a total of 180 7-
minute episodes. The Claymation film tells the story of Shaun, a clever sheep from
Northern England. He is the leader of the flock he lives with at Mossy Bottom Farm,
where he tries to make everyone’s lives a little less boring. One frame or two frames
at a time.

The Nightmare Before Christmas (1993):

Personally one of my favorite clay-animated films (besides Coraline) is The
Nightmare Before Christmas and I’m sure anyone has at least heard about it.
Produced by Tim Burton and directed by Henry Selick, the plasticine techniques
create a great Christmas and Halloween mood. Each shot is an art form of itself and
the characters are really good clay models. The musical goes about the “King of
Halloween Town”, who suddenly discovers “Christmas Town” and plans to take over
the holiday.

Creating Stop Motion Claymation films can be really time-consuming and exhausting,
but more resourceful on the other hand. It is also a production technique that should
be respected as many people work years on films with very slow progress. Even
a short film can take a lot of production work to create. It should surely be considered
an art form. Although it is a little outdated in 2022, It’s surely still alive as many
great Claymation movies came out in the past 10 years and more have been
announced for the future. Do you like this form of animation? Or do you think it’s
getting too old? Every thought is accepted, as it should be.
Read more

Get Assignment Help To Score Highest Marks In Academic Assignment

Can You Get Rich Betting on Sports?

Can You Really Make Money by Sports Betting Online?